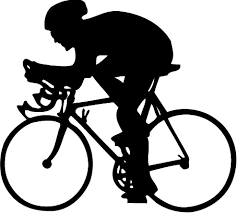 Being a fan of cycling, powered by human power, or by secretly concealed electric power in the frame of the bike, our TV is on for the most part of the day during the sports season. My interest in sports isn’t limited to cycling alone and because there is all sorts of sports in every season of the year, our TV is on a lot.

From the Belgium classics, like The Tour of Flanders early in the season to the Tour the France and Tour of Italy in the summer, to the classics like Paris-Tours. Basically all the tours will do, if there were tours in the winter we’d probably watch it as well.

Following all the big tours and watching every stage on TV is deeply rooted in my DNA. My parents never owned a car, my dad is a fanatic cyclist (12.000 km in a season, at age 67) and I used to ride the bike whenever I could. My very first girlfriend soon found out my passion for cycling had no boundaries. Holidays or not, friends coming over for a visit or not, the TV was always on if there was a race. Not really a good host but they went along with it.

When I say ‘we’ watch TV, I really mean I like to watch TV and Yfke likes to read books and wakes me up when the stage is over and I missed the ending, again. The same goes for trying to watch Formula One, soccer, or movies. I just can’t stay awake. I blame it on the Fibromyalgia.

Even when I’m at the office I want to keep up-to-date on what’s going on during the stage. On my main screen I do my job as a drafter, on my other screen I ‘watch’ the stage by listening to the live commentary and every now and then sneak peaking at the live feed. From crossing the start line to the finish line, I try to ‘see’ it all. Not just to look at the stage itself, because for the most part it is kind of boring to be honest, I also listen for the stories. Endless stories of days gone by, of useless information, historic facts, statistics, what-if-discussions. I just love it.

The Tour de France must be my Super Bowl. Every single stage, every interview, every show is viewed and analyzed. Even the newsflashes between the shows must be watched, not to miss anything. The days are long, but it’s totally worth it. Poor Yfke, I know. And now with the European Soccer Championship in France coming up in a few weeks, she will have a lot of time to read books. My mom used to say: ‘You’ll watch anything that moves’. True, in every way.

As a kid I grew up with the live commentary of the famed Dutch sports commentator, Mart Smeets. Mart was, is, a passionate fan of cycling and has unlimited facts and statistics stored in his brain, accessed in a heartbeat. He has a clear opinion, about everything, and has a way of storytelling like he knows it all. Some find that very annoying, like Yfke. It´s not that he really knows it all, he just sounds and acts like he schools you. The second she hears his voice, the TV gets hit by several stuffed animals and gets yelled at (not really, but you know). Me on the other hand can´t get enough of it. I just love his stories.

It´s with a heavy heart we’re going to have to miss his voice on TV. This summer will be the last time we get to enjoy his way of covering big sports events. The Olympic Games in Rio, Brazil, will be his farewell. The end of an era, a big relieve to others. Saves a lot of TV’s as well.

Good thing for Yfke I´m not a big fan of basketball, otherwise I´m not sure our relationship would hold up, since Mart is the biggest fan of the game